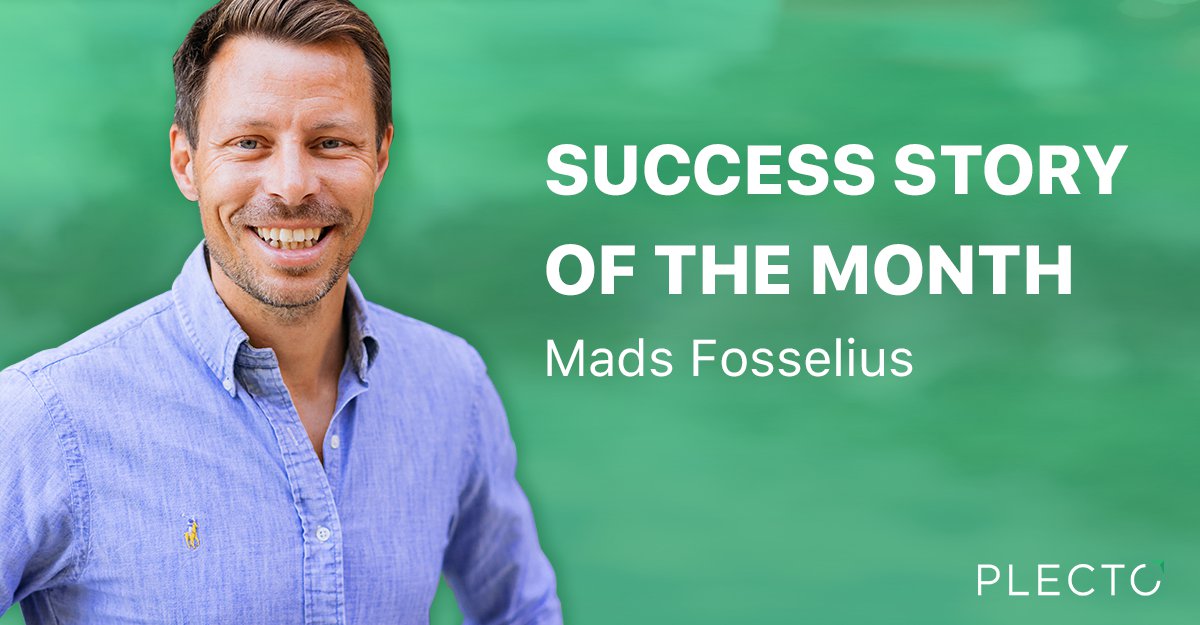 Mads Fosselius, the Co-Founder and CEO at Dixa, is the definition of a restless attitude in life. As he said, actively trying different things is the way to know what he really wants to do in the near future.

Where does this inquisitive mind come from?

In his teenage years, Mads worked as a Support agent in a call center. Having to deal with many different systems a day gave him the inspiration to build what Dixa is today.

Although it wasn’t until many years later where the idea finally came to live.

During his Bachelor’s Degree at the Copenhagen Business School, Mads was also working as a Team Lead in the call center of an IT company, which took much of his time. However, his dedication brought him to becoming an IT Manager at the age of 21.

Being a Manager involved discussing with leaders and some very critical customers, which helped Mads become resilient to criticism and stand his ground against the demands:

“Back then, I was working with some of the biggest telecom companies in the Nordics. It was a really good learning experience, but also nerve-wracking at the same time”.

And that’s where the entrepreneurial journey began…

An entrepreneur’s mind in an employee’s life 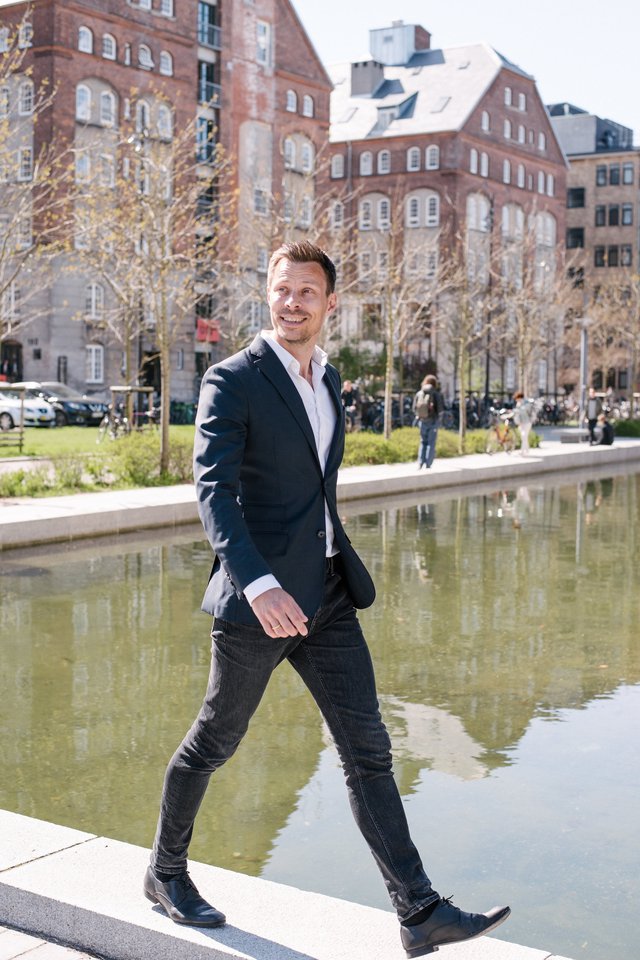 Following his dream of building a software company, Mads recruited some of his former colleagues and decided to transition all their knowledge and experience into a new company. Determined to dedicate all their time to this project, they quit their jobs and started developing the idea from a basement:

“I remember the chairman flew back from Stockholm, and told me that this is the most cruel and smart entrepreneur move I've seen. And that he respected me even though he was pretty angry at me at the moment”.

A brave decision that led them to build a company that survived for the following 5 years, when they decided to sell it to a cloud company called Cirque.

Despite the challenges and time-constraints, during this period Mads also graduated from his Bachelor’s and Master’s at CBS. Although he remembers it as a stressful experience, it also helped him develop his network and “keep the brain occupied with more than just business”.

Even though the company was sold, Mads became part of the management team and a shareholder - driving operations, product, engineering, customer success etc. and responsible for building the strategy as the COO of now a more established organization. However, he remembers it as a bittersweet feeling:

"It was a lot of work, and also fun seeing the growth and driving the whole team into the transformation. But you also know that it’s not your company"

From those years, he learned that patience was a very good ally to make the right choices. As he explains, an entrepreneurial career doesn’t come without sacrifices, both personal and professional - but it’s an ongoing learning process that he didn’t want to give up on.

The experience gained during these years gave him the little push needed to finally invest in his dream: building a software company that puts an end to negative customer and Support agents’ experiences.

The first “born global” software startup built from scratch by Mads together with 3 other co-founders in a journey that took 2,5 years from idea to live product.

One of the main focuses of this project was for Dixa to be able to bridge the gap between brands and consumers on the different communication channels, addressing the obstacles they experienced themselves during their previous jobs.

Moreover, the emergence of other customer service and customer experience startups disrupting the Customer Service experience were the final motivation for Mads to strive to do better: “It was a huge inspiration seeing these other companies evolving, because it kept me thinking that if their idea worked, why wouldn’t mine?”. 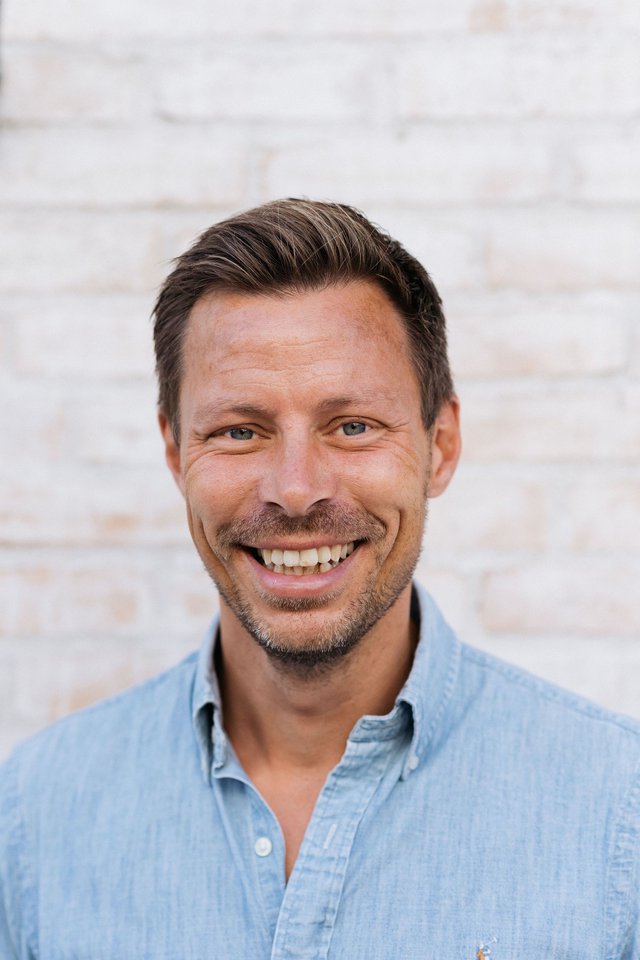 With this clear vision in mind, at the age of 35, the time was now. Looking back, Mads regrets not having done it before, although he admits that his experience and network were great assets to build a successful company.

“Back in 2015 when we started, many of the brands we were talking to had huge pains in trying to be available in all channels for their customers, which was also making their customer support agents very dissatisfied with the way of dealing with data and conversations, flipping between multiple systems, screens and tabs”.

As the industry landscape was evolving, the 4 co-founders of Dixa saw it clearly: they had to connect the dots for companies and change their way of communicating with customers.

From this period, Mads remembers Jacob, Dixa’s CTO, telling him: “this is the most boring and crazy idea I’ve ever heard. How the hell will you build a software to compete with the huge billion dollar competitors we have in three different industries, and be better than them?”.

However, nothing could stop the ambition that had driven Mads for the past 15 years of his career.

But the ride was far from being linear and calm. From the very beginning, Dixa’s founders had to deal with all kinds of challenges: shortage of money, strong competition in the market, lack of investors… “There’s a huge journey in building up a brand, positioning in the market, and of course building a very solid platform”.

"You really have to believe in your brand and your idea, and talk to your customers to get the best feedback for your product. Sitting in a basement doesn’t give you any sense of the market"

Although they started working on the idea in 2015, it wasn’t until 2017 when they launched the first version of Dixa in Scandinavia, without any outside funding but their own money and funding from two business angels.

In early 2018, however, they received the first Seed investment, which Mads describes as a “bumpy ride”. As he explains, they wanted to find someone who truly supported their idea and understood the vision for their startup and brand, so that they could keep on developing their project.

With this investment, they were able to launch internationally once and for all, which soon brought them clients from all over the world. That’s when it hit them: “now we are a global-born company that TechCrunch will write about one day”.

But what about the personal aspect of it, how does one deal with the uncertainty of starting a business?

The vulnerable side of a CEO

Mads’ idea of a CEO is being responsible for the challenges that might come ahead, involving everyone in the company. Easier said than done, he has his own strategy for it:

“Every 6 months I try to change myself. Of course not my personality, but more of re-evaluating my role in the business. In the beginning, you are basically involved in everything, but you have to be able to transition away from that and trust your leaders, managers and team”.

He admits that it’s challenging to let go of certain responsibilities, and acknowledge that as the company grows, there are other people that can take much better care of the different areas of the business.

"If you don’t trust your employees, you are slowly depowering your team and your organization. Be aware and glad that you are not the smartest person in the room anymore"

The best advice that Mads would give to someone starting their own business is to learn how to deal with their emotions.

He actively works on separating business from family, which he admits is a common challenge in the entrepreneurial scene. Practising sports and spending time with his family and close friends is what keeps him down-to-earth and able to reconnect with himself outside of his role as a CEO.

Looking at the next 5 years, Mads is determined to bring Dixa to the ultimate goal: IPO, which would allow the company’s shares to be traded in the open market.

“An IPO is giving you the credibility, the funding, and the growth trajectory to become not only a unicorn but the leader in customer experience. I definitely believe that by 2025 we’ve reached that target, or are at least very close”.

Nevertheless, he doesn’t wish for the company to become a giant corporation: “I’ve seen so many inefficiencies, and culture challenges when becoming a very big, political, corporate company. I would like to keep it as entrepreneurial and transparent as human possible”.

As for the further future, Mads is up for one or two startup or scale-up challenges more. He can also picture himself in an advisory role for other startups and scaleups in the industry, or even as an investor. For him, it all comes down to giving back to the community with his experience and talent.

Finally, the best advice that he would give is: “Always be humble, be open, but of course, be realistic with yourself”. 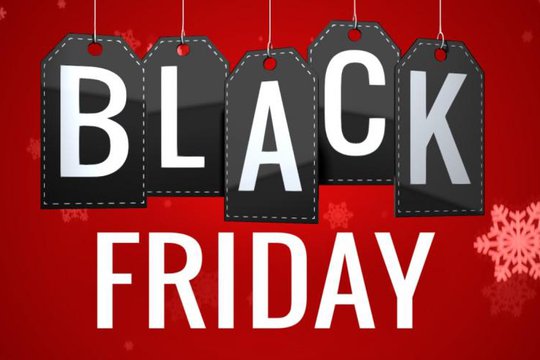 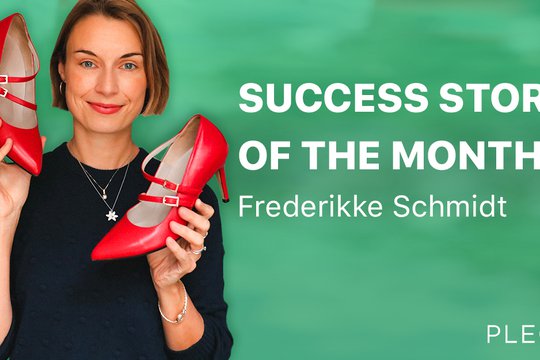 “Being a woman is almost always used against me”

In the interview, Frederikke talks about the ups and downs of being a female entrepreneur