All POS Nation wanted was for a YouTube video to play each time a sales rep closed a deal. “I was fixated on the idea of celebrating each deal we won,” says POS Nation CEO, Cort Ouzts. “I thought it was important for each sales rep to receive instant acknowledgment on a job well done. I was looking for something that injected energy into the office, and frankly, made the other sales reps jealous.” Plecto’s YouTube integration was the perfect fit, but as POS Nation continued to research the solution, they realized Plecto’s data visualization capabilities offered much more than gratification for the sales reps.

It Starts at the Top

“I’m a data junky and a firm believer in goals and accountability,” Ouzts says. POS Nation’s management team tracks about 15 metrics on a daily basis, including outbound call volume, software demos performed, quotes generated, and of course, sales and profit. As Ouzts explains, “We started tracking this data in Excel until it became too cumbersome. We then migrated to Salesforce, which was a revelation. But even Salesforce requires constant refreshing and toggling between your dashboards and your work. I wanted a constant visual reminder of all our metrics.”

When POS Nation rolled out the solution, management explained the key metrics the employees were being evaluated on. Sales reps, for example, were expected to make 100 calls per day, generate five quotes from those calls, and then complete two demos from the quoted prospects. POS Nation had enough market experience to know that if a sales rep kept to that schedule, good things would happen and deals would ultimately close.

With performance data being prominently displayed throughout the office, POS Nation sales reps know that management is watching the data constantly, and because the data is important to management, it’s important to them

"It’s the whole ‘what gets measured gets managed’ mentality. With data visualization, I can address performance problems in real time. If a sales rep has only completed 10 calls by lunch, I can speak to them immediately instead of waiting several days to review their performance report at the weekly sales meeting."

If you’ve ever managed a sales team, you understand the importance of healthy competition.

POS Nation displays multiple monitors throughout its office so their sales team can see a running “scoreboard” of who has completed the most calls, closed the most deals, made the most in profits, and more. And of course, every time a sales rep closes a sale, a YouTube video plays on all screens to celebrate.

“It was admittedly shortsighted, but I initially wanted Plecto so I could monitor the company’s performance,” Ouzts explains, “I didn’t even consider the impact this type of data visualization could have on the team.” Once the goals were projected for the entire office to see, sales reps began achieving them more regularly. As soon as someone raised the bar and completed 110 calls in a day, for example, the other reps began targeting 110 calls per day instead of the set goal of 100. The original goals the company established have been surpassed and they’re entirely irrelevant now.

Powered by a Simplified Salesforce Integration

What makes the data visualization so manageable for the busy business owner? Simple integration. POS Nation tracks all of their data and performance through Salesforce, keeping tabs on sales, new accounts won, calls made, demos completed, and support cases opened and closed. Plecto distills the information recorded in Salesforce and translates it into easily digestible gauges, tables, and charts. The moment a record in Salesforce is updated, the result is displayed on the company’s monitors.

Although the Salesforce integration is intuitive and simple to use, it’s also very powerful. POS Nation started with a few basic dashboards but has since built over 30 for its slideshow. POS Nation’s slideshows have also been customized for each department so all employees see the relevant data for their specific job. 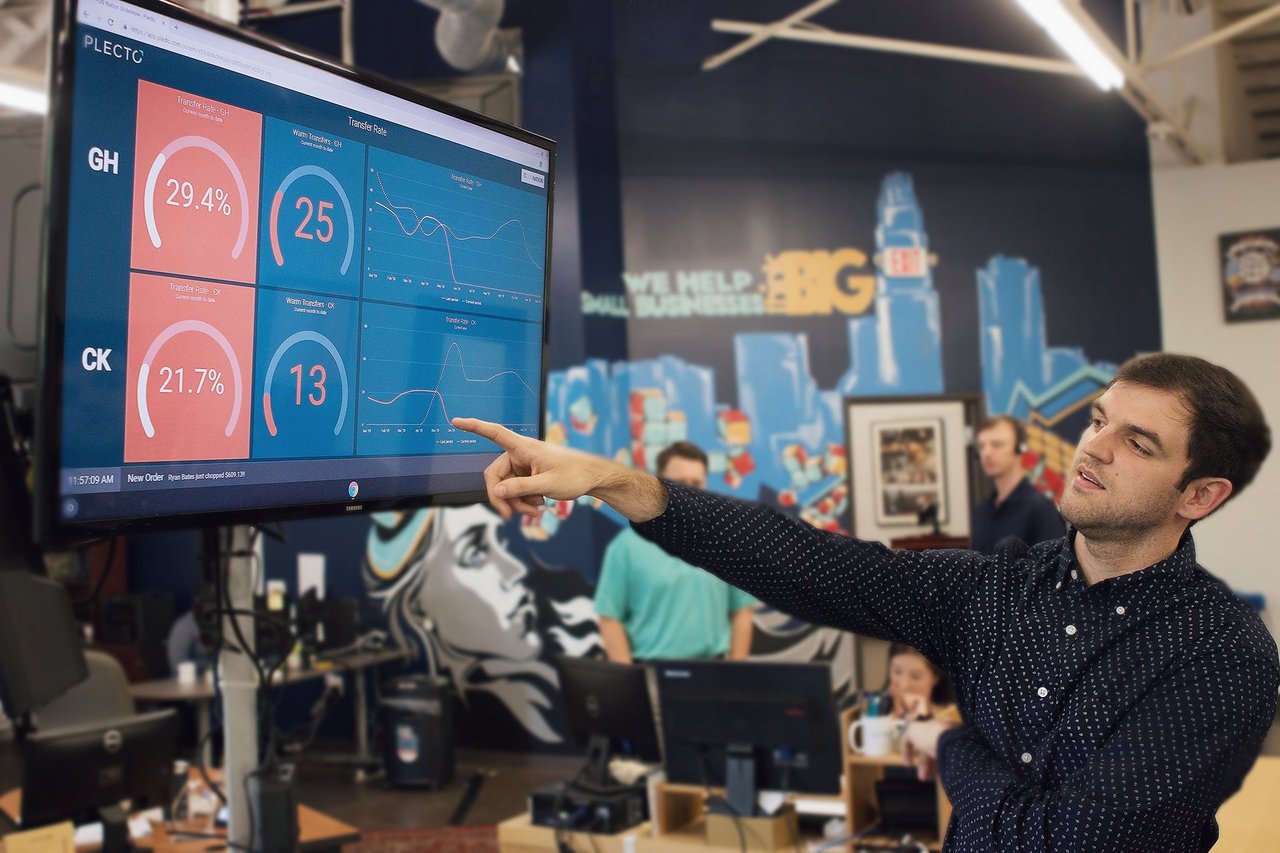 While each department has its own metrics and dashboards, POS Nation also broadcasts company-wide goals such as total sales, the number of new customers won, and customer satisfaction scores to all departments. While being this transparent about numbers can make a business owner nervous, showing employees their progress and how they’re comparing to their colleagues can be extremely beneficial. Although POS Nation’s sales team might not have as much impact on customer satisfaction scores as its technical support team, engaging each employee with the company’s broader performance has markedly increased employee buy-in across the board. Celebrating the company’s successes has shifted the culture from ‘look what I have accomplished’ to ‘look what we have accomplished’.

"I can’t imagine walking into the office now without seeing our dashboards scrolling across the monitors and pumping out real-time performance results. It’s not just that we’re working harder – more calls per day, for example – it’s that we’re more engaged across all departments. We’ve put our goals on paper and it’s now a ‘let’s go get it’ mentality." 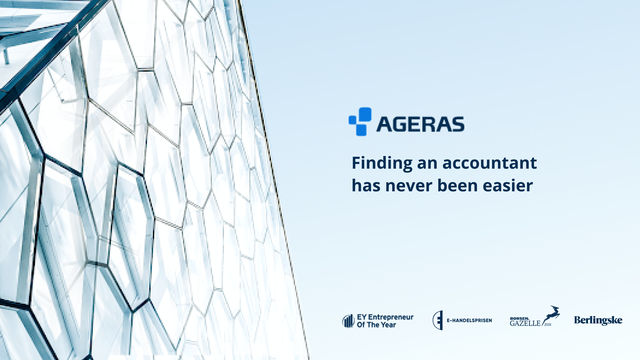 Jesper Sebastian Larsen, Head of Nordic Sales at Ageras shares how he skyrocketed revenue to the best the company has ever had in the Nordics, connected teams across 6 locations and saved significant time while improving data accuracy with Plecto! 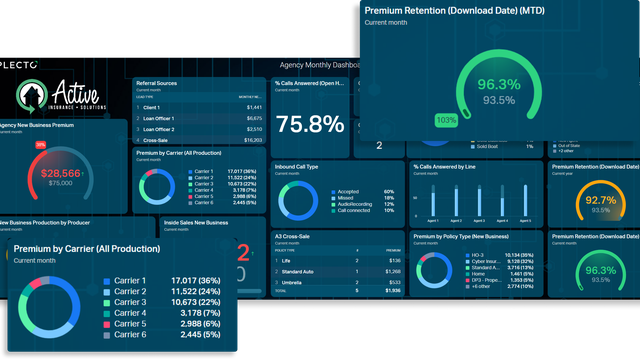 Discover how Active Insurance Solutions is using Plecto to keep track of all the different data that an insurance company is dealing with on a daily basis. The Minnesota-based insurance firm uses Plecto dashboards to get a complete overview of their insurance KPIs on real-time dashboards. 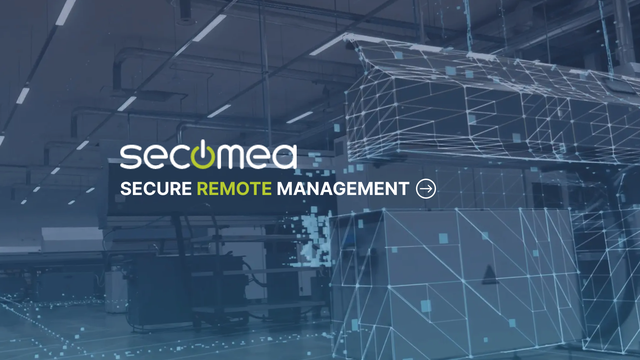 Secomea grew their inside sales by 600% in a year with the help of Plecto real-time sales dashboards for accurate, automated & up-to-date sales activity visualization. Read how Secomea's Global Director of Inside Sales, Alexandra Francis did it. BONUS EXTRA: How Ally scaled 3 other successful SaaS companies