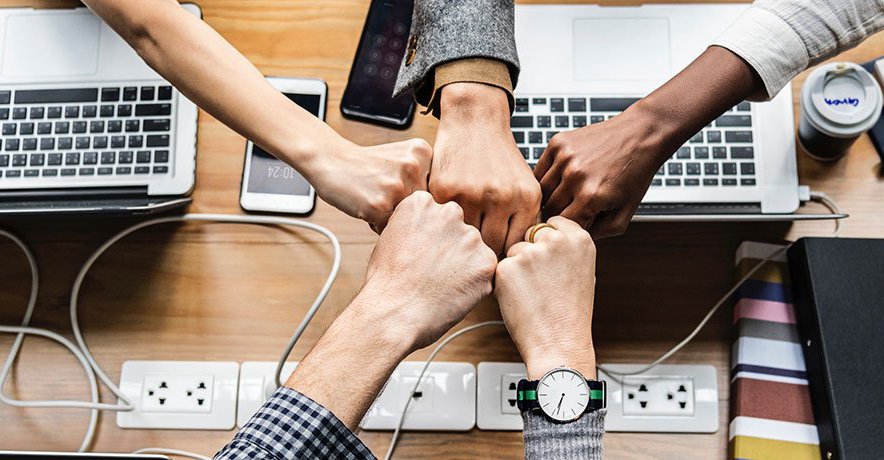 What determines the effectiveness of a company? Many things, obviously, but one can make a good case that long-term success depends on the shared habits of its members. On how employees habitually tackle challenges that come in their way.

As with the individual, it’s not the one time actions that make success. It’s getting back at it, day in day out.

Shared habits and culture are the same thing. But whereas culture seems vague and ungraspable, habits are practical. We all recognise bad company habits when we see them:

Good company habits might jump out less, but are just as impactful:

At Userlike, we’ve been working to introduce some company habits lately that are mostly related to our increasing team size:

These are our five steps for introducing new company habits:

To change your habits, you first need to recognize where they fall in the pathway of human behavior. The cycle is as follows:

So to make a change, you need to start with thoughts and work your way up.

2. Identify your habits to nurture or kill

Once you’ve recognized the habit cycle, the next step is recognizing what habits are already built into your company and deciding whether they are helping or hurting your company culture.

A helpful tool we use at Userlike for identifying poor or beneficial habits is The 5 Whys. Developed by Toyota, the 5 Whys means continuing to ask why when a problem arises. With each why, you reach a deeper level of why a problem or mistake happened.

The point is to get to the underlying habit, or policy, that led to it. Doesn’t your company invest enough in training, or emphasize communication, for example? It typically takes 5 whys (hence the name) to get to the fundamental problem that is creating issues.

The 5 Why is a great way to uncover the habits you have in the workplace and how they are benefitting or hurting your company.

3. Target the mind through open discussion

The only way to change thoughts is to discuss ideas. Discuss your thoughts to get everyone on the same page. Give everyone time to talk about what they are thinking to reinforce helpful thought patterns.

At Userlike, we set aside specific occasions for such idea exchanges. Such as Userlike Thursday, a quarterly company event during which members share Ted-like presentations. But we also repeat the important ideas during weekly stand-ups, one-on-one meetings and wherever else we can.

Garner feedback from your team about what habits your company should either cultivate or discard. How do they view the habits that have been introduced to the company? Is there anything that they view as not helpful? Is there something else they would like to add?

In reality, company habits aren’t rocket science. You probably already know what direction to take and what is helpful to your company or not. The purpose in getting their input is not to necessarily to get direction, but to get team buy-in. They will feel more enthusiastic and adhere better to your habits if they feel like they have a say in them. 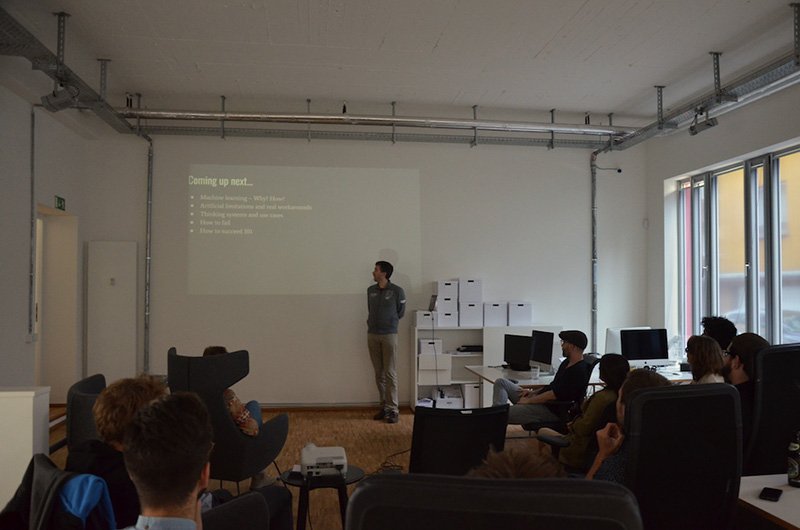 Garner feedback from your team about what habits your company should either cultivate or discard. How do they view the habits that have been introduced to the company? Is there anything that they view as not helpful? Is there something else they would like to add?

In reality, company habits aren’t rocket science. You probably already know what direction to take and what is helpful to your company or not. The purpose in getting their input is not to necessarily to get direction, but to get team buy-in. They will feel more enthusiastic and adhere better to your habits if they feel like they have a say in them.

4. Write down your habits

Once you have a team buy-in, make your company habits intentional and official by writing them down. This is going to look a lot like, and overlap with, your values. You might want to write them in a wiki, for example.

A key to writing down your habits is to phrase them as principles, instead of as rules. Principles are more adaptable than rules and give your team members an overall understanding of why the habits are in place, instead of a hard and fast rule to apply to every single situation.

If there’s a good reason to break the principle, they will feel liberated to do so. However, if they view it as a rule, there will be less flexibility and less room for growth.

At Userlike, we’ve taken the time to write down our habits. We have meeting habits, which include collecting shared agenda points and translating the meeting points in actions. We have tool habits, where we have specific habits for using Asana and Slack. We also have learning habits, such as setting up quarterly learning goals.

By writing them down, everyone in the company knows what our habits are and gets an overall understanding of why they are in place.

The next step in changing habits is actions. If your team mates are convinced by the soundness of your ideas, they’ll hopefully already start with some tweaks in their behavior. But changing behavior is hard.

We’re creatures of habit, and we easily fall back into old routines. If employees cannot feasibly work the habits into the everyday, they will quickly collect dust.

That’s where incentives come in.

Incentives can be positive, ranging from praise, to extra holidays, or bonuses. Or they can be negative for those who fail to complete the required actions, ranging from honest feedback, to formal warnings, or even firing.

Once the correct actions are in place, sticking with them will create a company habit. Initially changing habits takes intention change of thoughts and actions, but once they are in place and regularly practiced, the company habits that you seek to instill will naturally flow from it.

For example, at Userlike we seek to instill learning as a habit. We have several policies in place for this.

One is that every member of our team has a yearly educational budget to spend on books, courses, etc. We can’t compete with the budgets of major corporations, but this budget is enough to ensure our team has access to premium educational content.

Second, we have instituted a holiday plan to encourage employees to use their otherwise free time to increase their learning. Employees can earn up to an extra 5 days of holiday by spending their free time on a previously agreed-upon learning activity, like taking a course, or reading an industry-related book. Once they offer proof (such as course certification, or a summary of the book), they will earn extra time off. This encourages them to concentrate on learning when they might otherwise be tempted to spend their time elsewhere.

We have also encouraged the learning habit by instituting a “Userlike Library”. Team members are encouraged to share their favorite books and magazines. If a team member buys a book with their educational budget, then the publication is automatically added to the library.

Policies are incentives to influence behavior. Collective behavior is what makes up a company culture, so think careful about which policies reinforce it. 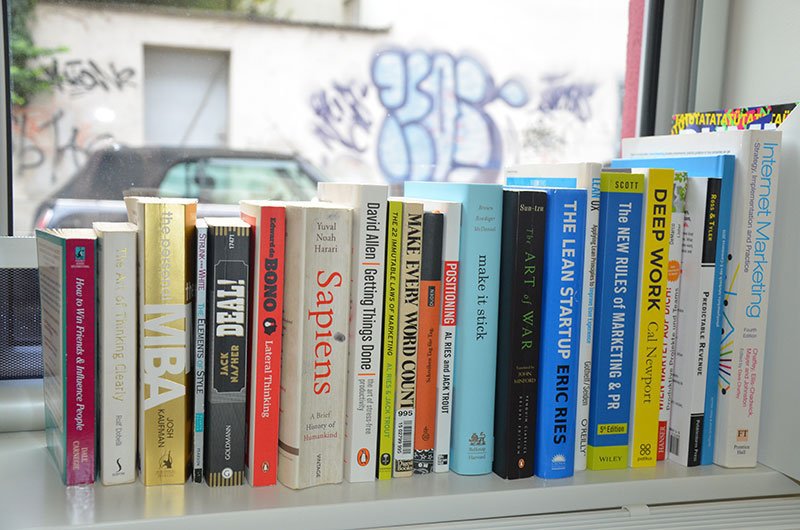 6. Repeat throughout all communications

Company habits start with hiring. To uphold your culture, you have to select people who have the right type of habits. Many skills can be taught, but someone with bad habits will drain your team.

Next, encourage your team to maintain the right habits by covering them in review talks and one-on-ones. Assess whether they’re living up to the right habits and organize your feedback accordingly. It can be easy to slip into lazy habits and patterns, so accountability is key.

Instituting, and continuing, helpful company habits will bring growth and happiness to your company. What kind of habits are you trying instil in your company? What have been your experiences with company habits? Let me know! 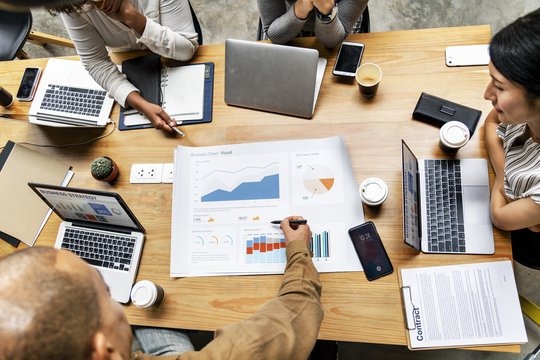 New year, new employees... kickstart the motivation in the office! 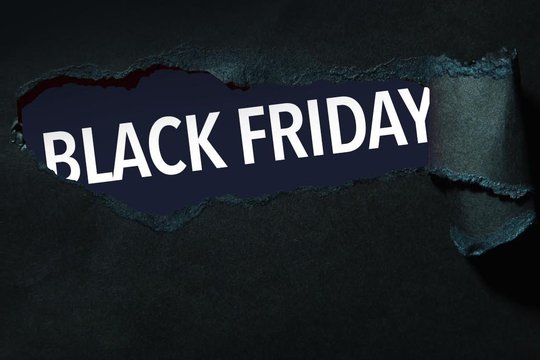 3 tips to get the most out of Black Friday 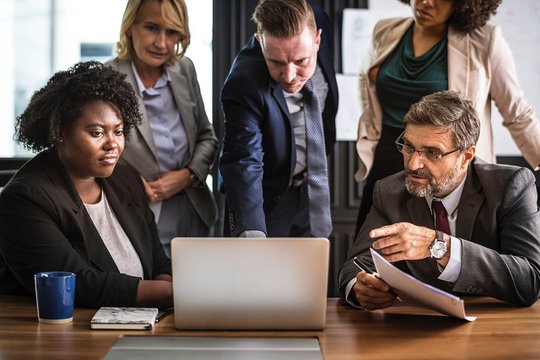 If you're struggling to achieve success with your employee engagement initiative, then this blog post is here to help. Discover two main reasons why you're engagement program is failing, and learn how you can turn this around to get employees motivated and engaged.